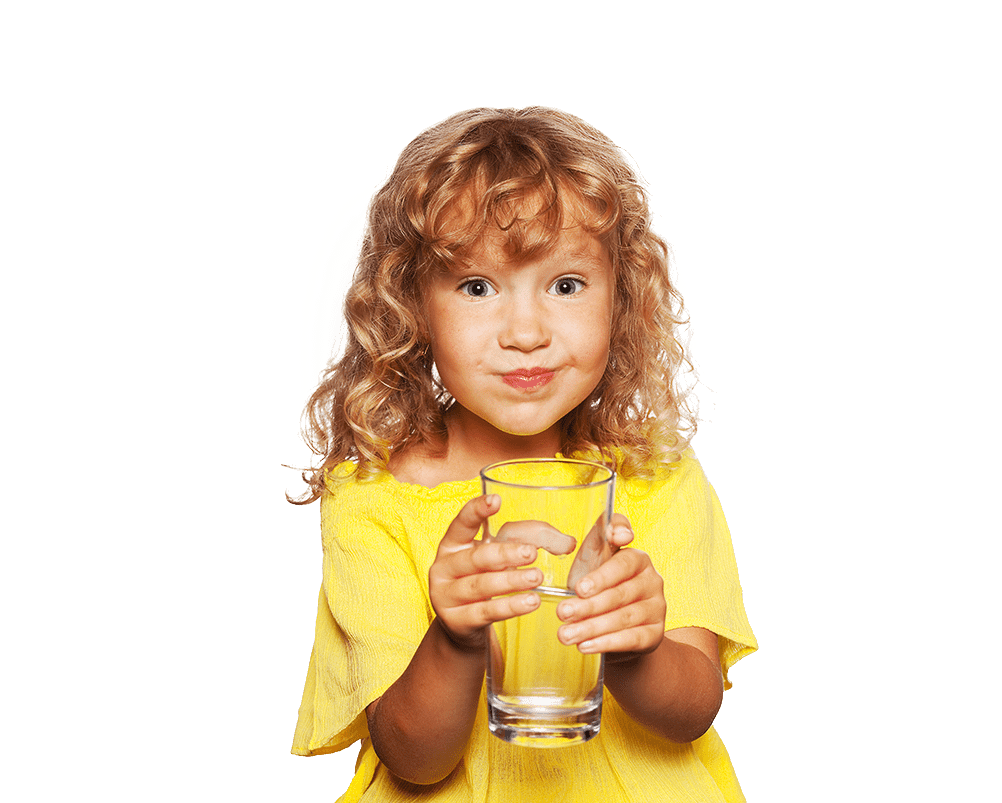 HOW TO SAMPLE WATER

HOW TO SAMPLE WATER

What We Do: Local Water Testing 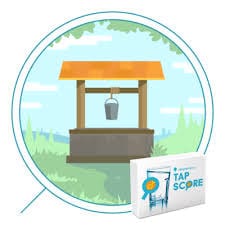 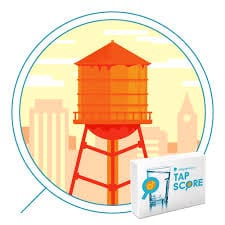 City water from a local water system may spend  3-7 days in contact with dated water pipes prior to reaching the tap.  Plumbing and fixtures may also affect water quality 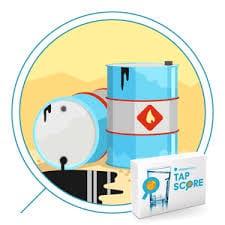 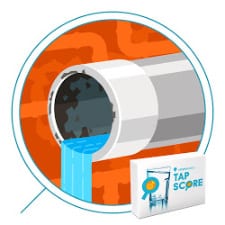 Safe drinking water is a priority.  Are you are concerned about lead in drinking water?  We’ve made testing your tap water for lead simple… order a lead water test kit.

LEAD, ARSENIC, NITRATES AND MANY MORE...

Chemicals leach into water from aging waterlines, industry, agriculture, and other sources. Often chemicals in drinking water go undetected because they have no taste, color, or smell.  Municipal water is often tested but the water analysis reports may not determine what’s coming out of a private tap.

Tap Score Canada provides the only local online water testing kits  with impartial water treatment recommendations along with health risk analysis so you’re not wasting money on water treatment that will not meet your needs. 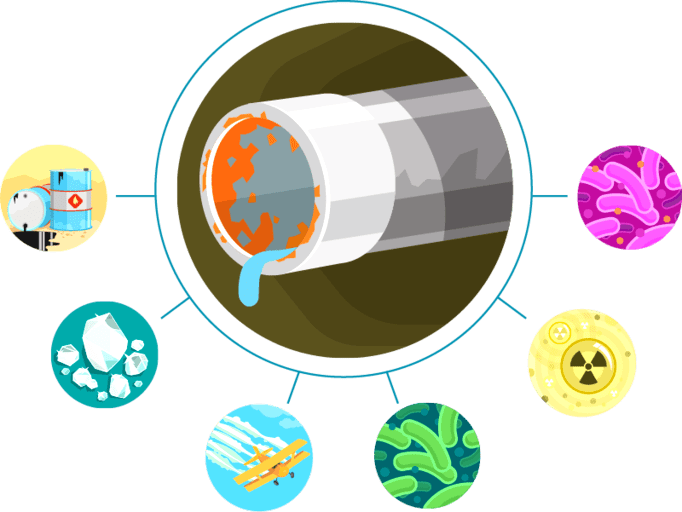 Local water quality testing easy and affordable with the Tap Score Canada water testing kits.  All that you need is an online water test kit and take a couple  water samples, you’ll have an unbiased water test results in 10 days with a detailed explanation of the results.

Should I Test My Home Tap Water Supply?

The answer to this question will depend on several factors. Water safety concerns your health and the health of your family, we’ve discuss many basic facts about water testing that most people fin very helpful.

In addition to illness that can be caused by possible water-borne pathogens, a variety of less serious problems such as taste, color, odor and the staining of clothing or fixtures are generally a good indication of possible water quality issues.

Regular water testing identifies water problems & ensures that  water is safe for drinking by humans and animals.  Water testing tracks changes over time and determines the effectiveness of a water treatment system.

Latest local water news & updates.  Get the facts about water testing, water wells, and information from other leading experts.

What do you need to know when purchasing Real Estate with a Water Well in Canada?  It’s important to get the right information!

WHY TEST MY TAP WATER?

Regularly water testing of your private well water is a vital part of maintaining a SAFE problem free water system.

Who says water testing has to be difficult?  Along with your water test kit Tap Score includes clear sampling instructions and … 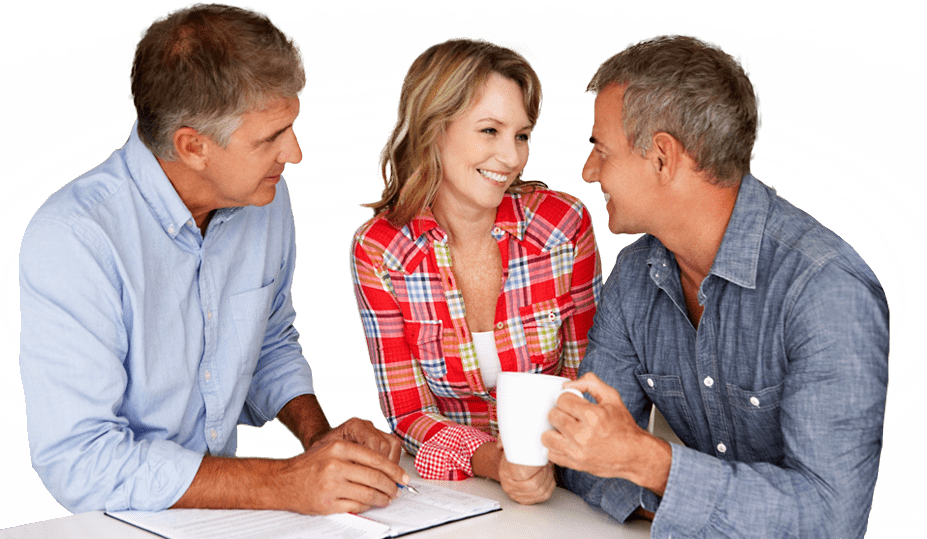 When purchasing real estate with a private water well, there are three important water well facts to consider prior to purchasing:

Get to Know Your Water

FAQ: Is Your Well Water Safe to Drink?

A: If you own a private well, it’s important to have your well water tested to determine if your water is safe.  Although your neighbor’s water well has been tested and found to be potable this does not ensure that your water well is also safe.  Water wells should be tested at least once a year for microbes.

Remember, the safety of your well water depends on surface and underground geology, the depth and construction of the well. Even deep drilled wells can be very susceptible to contamination if surface water enters the well from the top of the well or from surface fractures in the rock or a leaking and even damaged casing, if a problem is suspected wet weather testing is recommended.

Canadian Drinking Water Standard – a mandatory limit that must not be exceeded; drinking water standards often indicate a legal duty or obligation.

Canadian Drinking Water Guideline – a recommended limit that should not be exceeded; guidelines are not intended to be standards of practice, or indicate a legal duty or obligation, but in certain circumstances they could assist in evaluation and improvement.

A: There can be many harmful substances that you cannot taste, see or smell, such as bacteria and chemicals that could affect your health.

Contaminates can enter a well water both from the surface and ground and can be from natural sources or human activities.

For example, nearby farming and agricultural activities or septic systems, if built or maintained improperly, could lead to increased nitrates and fertilizers seeping into soil and contaminating your well water, even deep drilled wells.

The lack of good water well maintenance may also cause water well contamination.

FAQ: What Do I Test My Well Water For?

A: There are 2 categories of water tests for well water:

Bacteriological testing should be done 2 or 3 times a year. Two common types of bacteria found in water are: Total Coliform and E.coli.

Total Coliform include bacteria found in soil, surface water, and the intestinal tracts of animals. Finding total coliforms in a well may not mean that the water is unsafe to drink, but does indicate:

E. coli originates in the intestinal tracts of animals. The presence of E. coli in your well water may mean fecal matter has entered the well. Fecal organisms cause stomach and intestinal illnesses, including diarrhea and nausea, and may even lead to death. Babies, children, elderly or people with immune deficiencies or other illnesses may be affected more severely.

E. coli in your drinking water is an immediate health concern and the water is not safe to drink.

Testing water for chemicals should be done on a routine basis, typically at a minimum of every 5 years. Chemicals commonly of concern in the Fraser Valley’s groundwater resources are: nitrates, fluoride and metals such as arsenic, lead, copper and manganese.

High levels of nitrates have been found many water wells throughout Canada. This usually occurs in areas where groundwater may be contaminated by surface activities such as agriculture or farming, drilled wells can be susceptible but shallow wells are especially vulnerable to nitrate contamination.

Since well water comes from the underground, different metals in the soil and rock can leach or dissolved into the water. Some metals, such as arsenic can have serious and long-term health effects if they are found in high amounts.

FAQ: How Much Does Home Water Testing Cost?

How much does a Tap Score Canada water test kit cost?  Home water test costs in Canada will vary depending on the number and types of tests selected but can quickly add up, we usually encourage people to purchase water test kit packages designed for personal and local requirements.

Private water supplies should be tested at least once a year and, in some situations, every 6 months for a basic microbiology test including total coli-form bacteria and E. coli bacteria.

The water testing cost for microbiology will depend on whether a basic bacteria or complete bacteria package is purchased. A complete microbiology package would include total coli-forms, E. coli but also include the heterotrophic plate count and fecal coli-forms in the water.

A: Arsenic is known to cause cancer, as well as many other serious health problems. Arsenic levels tend to be higher in drinking water that comes from groundwater sources, such as water wells, as opposed to water from surface sources, such as lakes or reservoirs.

Arsenic is a natural element that can be found in rocks and soil, water, air, and in plants and animals. It can also be released into the environment from some agricultural and industrial sources.

Other metals such as lead, and copper can also leach out of pipes and soldered joints. Water of low PH will typically be much more aggressive. For some, but not all metals, you may notice taste, odor, or staining of fixtures.